Last Thursday I lead a workshop at David Andrews annual CEIAG conference in York. The snappy title I was tasked with was “Approaches to building employer engagement activities into a school careers program” and the slides I used are here:

View this document on Scribd

In a continuing series of posts that should really be tagged “Russell gets ideas above his station,” back in July (which means that Ofsted quote isn’t now from our most recent report) I submitted a response to the Education Select Committee’s call for written evidence for its follow-up session in their Careers Guidance investigation. You can find my submission here (PDF) and the rest of the submissions here.

There are some conflicting views and differing opinions but also plenty of common ground in those submissions about which drivers of change the Committee should recommend the DfE to enact and it will be interesting to see what response the raised profile of CEIAG will elicit from the Education Secretary in her session with the Committee on 3rd December compared to the utter dismissal the previous post holder gave.

Post holder for 5 years as part of a Work Related and Curriculum team at our 11-16 school. Our most recent Section 5 Ofsted Inspection in 2012 rated the guidance for students moving as “Outstanding” and we were visited as part of the Ofsted “Going in the right direction?” Careers report in February 2013. Following this I have been fortunate to be invited to present at national conferences and events. I also blog at https://fecareersiag.wordpress.com/

1. Since the Coalition Government came to power, schools that have committed to succeeding in careers work have taken on two large financial commitments to enable this work to continue at a service level similar to what went before. Firstly, they will have either employed or paid to buy in a Careers practitioner to provide guidance to students and to organise employer facing activities which previously were secured through a free service offered by Connexions. Secondly, those schools which still offer some form of work experience in Key Stage 4 now have to pay a service provider for those placements to still occur. Previously local Education Business Partnerships (EBPs) were centrally funded to perform this work. These standard offers of a Careers program can then be further supplemented with trips to national events such as the Skills Show or the Big Bang Fair and tasters to more localised progression routes but still with the costs of staffing and transport to overcome. More overarching schemes such as Career Academies or Pearson’s Think Future scheme allow schools to buy in a wholly packaged service but this has a cost price that reflects this plus they would still need a nominated co-ordinator in school. This sudden extra demand on school budgets was noted in the recent Gatsby Foundation report “Good Career Guidance1” and the figures they quote for organising each of those activities are, in my experience, realistic. Placing a new requirement on schools and then having Ofsted monitor the implementation of this requirement is sensible but does beg the question that, if Careers, Education, Information & Guidance (CEIAG) work is deemed now to be an accountable aspect of a school’s purpose, should this not be funded as such?

2. Since the updated Careers guidance was released in April 2014, it has been trailed that The National Careers Service will have an extended role to play in encouraging and facilitating school and employer engagement. The Committee should note that a working and highly successful model for this is already in place. The free Inspiring The Future website2 run by the Education & Employers Taskforce allows volunteers from a vast range of organisations and job roles to sign up to offer their time to schools. Schools are then able to contact the volunteers through the site and organise bespoke events from assemblies to group sessions to Careers fairs. Any new offer from the National Careers Service would need to tread carefully so not to needlessly overlap the Inspiring The Future service and find a niche not already catered for. In recent years a raft of organisations and schemes with similar employer/school interaction goals have sprung up such as MyKindaCrowd or National Careers week, employers such as Barclays have set up their own Lifeskills offer, business groups such as Business in the Community and CIPD have their own schemes and regional bodies have grown out of the ashes of EBPs to facilitate this work. For employers wishing to engage with schools this landscape is extremely confusing with all of these competing bodies offering structure and access. This area needs simplification, not the addition of a repetitive new organisation. Without the political will to implement or fund a national structure for school/employer collaboration the Committee should stress to the Government to look to support and expand what is already there.

3. Working in a secondary school without a Sixth Form immediately changes the freedoms and onus of my role. In his evidence session with the Committee on Careers in December 2013, Michael Gove refused to acknowledge the negative impact on CEIAG that the pressures and assumptions placed on students to stay in the school’s own Sixth Form can have. Anybody who has worked in secondary education can tell you this is a palpably false assertion. The DfE has introduced the inclusion of Destination Measure statistics as a monitoring tool to, in some extent, combat this practice but felt that the publishing of a Careers Plan as suggested by the Committee was an administrative step too far. Destination Measures in their current form do not have the accountability clout to alter school’s behaviour in this regard. The forthcoming changes to the accountability system in 2016 have been universally welcomed for placing the progress of every child at the heart of school accountability. Destination Measures must be included in these changes. In the DfE document “Reforming the accountability system for secondary schools3” October 2013 it is stated that a fifth statistic of a sustained destination percentage is desired but that the underlying data must be “robust” enough for this to be including as one of the headline figures schools will be required to publish in a uniform format. The Committee should press the Government to ensure that progress is being made in ensuring the stability of this data from Local Authorities and secure a commitment that these statistics will form a headline part of the new accountability structure. This public accountability would then dovetail with the welcome inclusion of a CEIAG focus in Section 5 Ofsted inspections and the future data to be collected on school alumni employment and benefit outcomes as recently included in the Small Business bill.

4. As well as the impetus on Local Authorities to secure robust 14-19 transition and destination data, further clarification should be requested from the DfE on their requirements to ensure collaboration of education and training providers across Key Stages in their region. A number of recent policies have aims and outcomes which, with local oversight, school led CEIAG can aid. Without local oversight the recent growth in school Sixth Forms at academy schools have the potential to prove poor value for money and increase the pressure on schools to protect revenue streams. Without local oversight the recent growth in UTC and Studio School provision to offer new choices to students at 14 will continue to struggle to enrol students leading to more high-profile closures. Without local oversight, employers will struggle to inform Colleges and training providers of their future labour force needs and the demands of the future localised labour market. Without local oversight, CEIAG becomes a threat to providers conscientious of their reputations and of the competition for enrolment numbers. With local oversight, transparent and informed CEIAG can motivate students to succeed in the routes and paths most relevant to them benefiting all local providers, the regional economy and, most importantly, the students themselves. 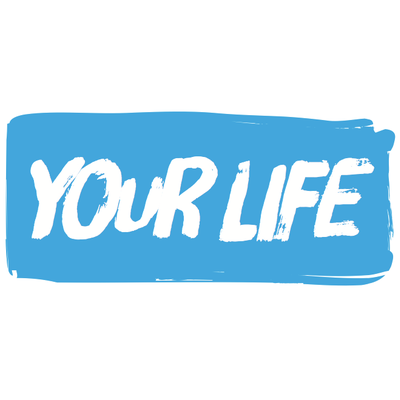 Launched earlier this week is a new scheme backed by Government and numerous large employers across the sector called “Your Life.” Aimed especially at girls but keen to claim the attention of any teenagers, the campaign aims to massively increase the numbers of students taking STEM subjects and following those through to impact on career choice.

As is the norm for these sort of campaigns it has gained a large amount of media traction on its first morning (BBC & Telegraph) and is (attempting) to turn this initial buzz into a sustained social media presence. At the launch event CEO’s and STEM advocates looked vaguely uneasy while being interviewed by some hand-picked teenagers, spoke about the forthcoming advances in robotics and automation (seemingly oblivious to the fact they’re at an event which was all about lots of people having lots of jobs) and told us how that shady looking guy in the Oxford SU bar is probably just a producer from Countdown. Everyone then heard from the Education Secretary about the target to increase by 50% the number of girls taking STEM subjects at A Level. (Small side note – how many more students will be taking those subjects over the next years 3 just through the increase in population?)

This is flashy stuff with some big corporate names attached. On the morning of its launch though, the main channel for actually getting young people involved is a video competition called Formula 100. And that’s it. An email update for teachers or careers advisers to sign up to? Not yet. A commitment from those businesses present at the launch to visit X number of schools this academic year? Not yet. The announcement of a single large-scale event like the Big Bang Fair? Not yet.

All of those initiatives and many others may yet still to be announced, it’s a three-year program so to pass judgement two days into it is harsh but there is worrying air of PR flash, like the smoke after a firework, hanging around. The Events page of the campaign’s Partners website looks particularly barren and, at the time of writing, many of the events are those already held by organisations such as Semta and Wise.

On the very same morning the CBI held their annual conference and launched a number of priorities they would like their members and the main parties to consider in the build up to General Election 2015. The Education polices included asking businesses to “Step up and offer valuable, inspiring and engaging work experience opportunities for young people from a wide socio-economic background and increase commitment to collaborating with and supporting schools.” While one of their requests for Government is to, “Reinstate the duty on schools to provide work-related learning at Key Stage four and introduce a national network of Local Brokers to support schools in delivering it.” The structural change required there shouldn’t be underestimated, the financial commitment to implement work experience for all and a system of Local Brokers shouldn’t be underestimated, the power of the message needed to change employers attitudes to offering placements shouldn’t be underestimated. That’s a huge amount of work but work which, in my view, would have a significant positive impact on career and learning choices of young people.

Over the coming months, for the Your Life to achieve anywhere near the positive impact on young people as those two suggestions from the CBI would, the substance of the campaign really needs to live up to the PR wow.