I really enjoyed looking back over my 2017 reading list about this time last year so here’s this year’s edition!

Which I posted about here.

2. The Glorious Cause: The American Revolution – Robert Middlekauff (2007)

The history of the United States fascinates me as it is a nation I can still see evolving today. From the debate over the 2nd Amendment and it’s applicability to a time of assault rifles to the legacy of slavery and it’s implications still on the life chances of Americans of colour, this is history with a pulse. The Oxford History of the United States series of which this was the first edition, is a wonderful collection of superbly researched and written books. This is right up there with the best as Middlekauff covers the build up to, the battles within and the settling dust of the Revolution. Giants of nation building and war craft such John Adams (about which there is an excellent HBO drama series covering much of the same period), George Washington and Benjamin Franklin all play their part in the drama and the monumental decisions they take is given the context for you to really appreciate the scale of the tasks they set themselves. Glorious stuff indeed.

A long but fairly diverting novel following a number of separate but not so separate stories of a range of characters including a failed writer, reconnecting with mother after 20 years to use her news worthiness to grab a new publishing deal but instead hearing about her counter-culture protesting days in the 60s. I enjoyed it, but the characters haven’t stayed with me.

After finishing the (outstanding) show I ripped through this stocking filler book really quickly as it covers, episode by episode, the behind the scenes and writing background for each and provides some interesting titbits about the making of the show.

5. The Explorers: Stories of Discovery and Adventure from the Australian Frontier – Tim Flannery (2000)

The most disappointing book of the year. After travelling through Australia in the early 2000s, I have been fascinated with the explorers who saw such a huge , undiscovered country and thought to themselves, “Yep, I’ll walk across that.” This is a compendium of first source writings that cover many expeditions across various parts of the massive continent and, while some offer glimpse into the hardships and sense of a disappearing wilderness, in total I was left wanting. I felt that I had not gained an insight into the sense of wonder, trepidation or bravery that those explorers sensed as they first stepped into the un-mapped and the unknown.

Reminiscent in tone and subject matter to another WWII novel, All the Light we Cannot See, The Nightingale follows the traumatic tales of two sisters in war-torn France as they, in their own different ways, do what they need to survive through the German occupation. About a third of the way in to the book I remember still feeling skeptical about it as it felt more of a Hallmark movie than a serious novel but, by the end, I was a blubbing mess praying that someone, anyone left in story would find a glimmer of happiness.

7. Killers of the Flower Moon: The Osage Murders and the Birth of the FBI – David Grann (2017)

Soon to be filmed by Martin Scorsese and Leonardo DiCaprio, this is a history book that is so utterly outlandish in the unfairness, corruption and depravity of human nature it describes that, even now, I struggle to believe the story it tells is true. The terribly sad thing is though that the story of what happened to the Osage people after oil was discovered on their Government given land in the 1920s certainly happened. A brilliantly crafted work. 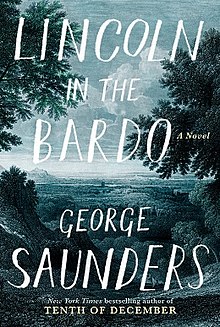 I tackled the 2017 Man Booker prize winner not knowing what to expect as many reviews had commented on the “experimental” nature to the book and was left extremely moved by some passages (particularly as the broken Abraham Lincoln visits his dead son’s grave in the dead of the night to say his final goodbyes) but mostly finished nonplussed by the ethereal nature of the prose and the setting.

More US history from the Oxford Press series but this time concentrating on the fight amongst themselves. This is a simply wonderful book, perhaps the best in the series I’ve read yet. The scholarship on display to present so many sources into a coherent narrative is amazing and the history breathes because of it. Both the motivations and areas of disagreement of the North and the South are presented fairly and such that the reader can see why they believed they were standing up for the “freedom” described in the Constitution. There are no easy villains or heroes here. The slow movement towards the unthinkable of civil war is captured brilliantly as are the giants of Lincoln, Grant and Robert E.Lee.

A slight novel about a mismatched group of friends in Cambridge following them as they fall in love, deal with a family member’s delusional behaviour and battle with the implications of their own disparate upbringings. I liked it but didn’t love it.

A book that had been on my reading list for a long time and one that delivered when I finally got around to reading it. A cracking novel of intrigue, love, friendships and unwilling heroes as an engineer, Jean-Baptiste Baratte, is tasked with clearing the overflowing and putrid Les Innocents cemetery in Paris in 1786. It’s a novel that conjures the atmosphere of the world it is describing before you while also hinting at bigger themes and events beyond the page (the spectre of the soon to come Revolution hangs over everything).

12. How Music Got Free: What happens when an entire generation commits the same crime? – Stephen Witt (2015)

An interesting look at four different true stories that encapsulated the reasons, actions and impacts of the death of physical format music and the rise of piracy in the late 90s. We follow an employee at a CD pressing plant who became the most significant leaker of new music, the file sharing collectives who raced to be the first and the best at getting pirated music out there, the creator of the MP3 whose engineering genius and commercial tenacity enabled the whole format transition and the record company executive who learned to adapt through this chaotic market. As an ex record store employee, this book was an interesting insight into a story I thought I knew but clearly didn’t.

Another non-fiction book, this one looking at how the dark web enables anonymous trading, communication and collaboration across the globe. Reading in 2018 its sections on cryptocurrencies , trolling and 4chan already seem a little dated as these areas moved into the mainstream news after the Brexit and Trump votes.

This novel wasn’t one I enjoyed. It has it’s moments of tenderness and brilliant use of language as it follows a young lady through various stages of her tough life always narrated in her own voice. Through the sections following her as a child this stylistic technique allows for some gut wrenching moments as too late you realise the severity of the traumatic scenes being described but overall so much of the text is simply expendable.

15. The Careers Leader Handbook: How to create an outstanding careers programme for your school or college – Tristram Hooley & David Andrews (2018)

Which I posted about here.

An engrossing look at a politian who, in many ways, broke the mould of the time (his Jewish heritage, his less than salubrious or honest youth) and yet is held up today as a beacon of statemenship when, at his pomp, he was more respected for the sharpness of his Parliamentary take downs. I enjoyed learning about a period of history that I now want to delve further into.

I finished the year with yet another history book but one that looks at past events through a different lens. By concentrating on the changes (both man made and natural) to the landscape and climate of Britain, Crane is able to present a history of these isles like no other I’ve read. The sheer amount of change the land has accured is staggering and tests your imagination as first you are taken back 1000s of years to before these isles became isles. The impact of hunting, of the initial attempts at agriculture and the medium term changes in climate all have their impact on the land. The mysterious landscaping of these peoples as they bury their dead, protect their lands and throw up the odd henge or two is decoded all thousands of years before The Romans and their frantic building schemes arrived. Onwards, the Black Death, enclosure and the Industrial revolution, all leave their indelible mark on the landscape. A brilliant book that left me bereft at all that has been lost in our landscape never to be reclaimed.

So, that was my 2018 reading journey. I’m midly impressed at myself for getting through 17 books and will hope to conquer a similar amount in 2019!